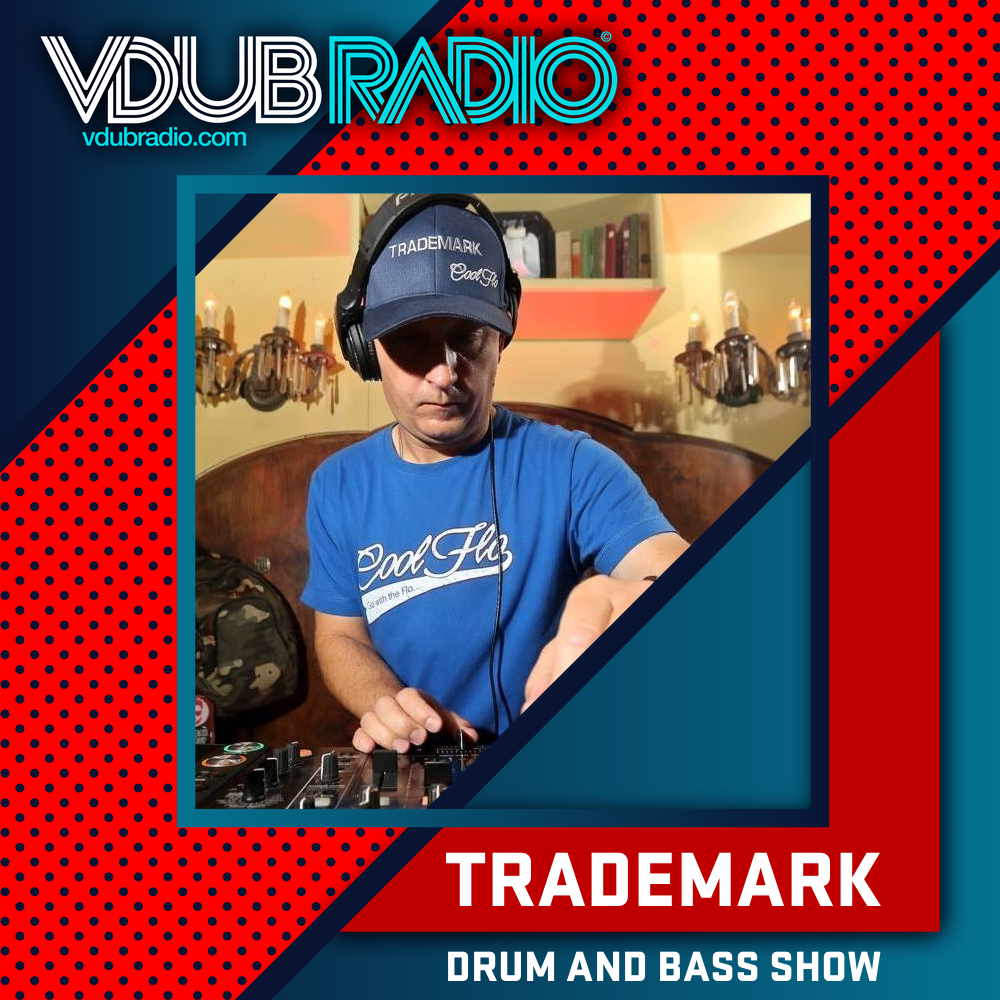 To start from the beginning would mean a trip back to those hazy days of 88’, being a sweaty raver at Biology, Sunrise, Astoria, Camden Palace, to DJ-ing in front of thirteen thousand raver's at World Party. Having been involved with the scene from its birth, Trademark has well and truly come up through the ranks.

His move onto the turntable’s came in 1990 when he was working at an Essex based recording studio with Bug Kann & the Plastic Jam. He was the driving force behind the classic Made in 2 Minutes. Illegal parties were rife and he had the tunes going back to the good old days of Acid House. DJ-ing seemed a logical step and Trademark’s first big time rave was at the Wonderland Arena New Year’s Eve 1990. Bug Kann & the Plastic Jam were doing a live PA alongside Reel 2 Reel. The DJ ‘s performing were Jumping Jack Frost, Ellis D & DJ Flex (producer to Randall / Mac II Recordings).
Trademark performed under the name of Synchronome and the night was a huge success. As a result he got the call to perform at the now legendary World Party raves throughout 91’ and 92’.

​93’ brought a brand new adventure, Los Angeles!
During this time Trademark hooked up with MC Question Mark, who is now the leading MC in the U.S Drum n Bass Scene. With Trademark’s cutting edge Jungle / Drum n Bass sound and the rolling style of MC Question Mark, together they gained a reputation second to none. They are now regarded as part of the founding members of the Californian Drum n Bass scene. They regularly perform at some of the biggest events held in Southern California which includes Insomniac events, who are one of the biggest Electronic Music event organiser’s in the world.
On returning to the UK, Trademark set about getting back into the UK scene and was a regular at AWOL, Speed, Tempo, Movement and Metalheadz. He built up a good working relationship with many of the top UK DJ‘s and labels. He started to perform at Drum & Bass events and festivals in and around London, whilst also hosting his own podcasts and radio show.

Having been established from the early days of the rave scene (and owning a record collection that most people could only dream of) we shouldn’t typecast Trademark into just a Drum n Bass DJ. Far from it!
Yes he is a well-known figure within the Drum n Bass community and his unique rolling sound has carried him all over the globe. He has a love of the underground music scene and a unique ability to play eclectic sets covering a wide spectrum of dance music.

His versatility to drop killer Drum n Bass right through to his 88’-89’ classic House sets has helped him gain a legion of fans. We haven’t even mentioned his now legendary old skool sets. Just ask the tens of thousands of raver’s who have attended Bugjam, USC, E-38, Big Bang & VW Action over the past sixteen years.

To summarise Trademark we can only describe him as one thing. A talented DJ!
What’s interesting to know is that he achieved all this with an imperfection to his left ear. His passion to play music and to entertain has helped him overcome this.

​It’s never been about fame and fortune, but for the love of Music!